He is regarded as the Founding Father and the first president of the Republic of Kenya. He preached a doctrine of personal and entrepreneurial effort, symbolized by his slogan “Harambee,” or “Pulling together.”

He served as the second president of Kenya from 1978 to 2002. He was the country’s longest-serving president. One of Moi’s enduring policy imprints is in education. His education reforms aimed at addressing ethnic disparities in university access among marginalized communities

Kibaki was the third President of the Republic of Kenya. Under his stewardship, the economy blossomed, with the gross domestic product (GDP) rising from a lowly 0.6% to an impressive 7% in his first term. The construction of the 45-kilometre Thika Superhighway would become the symbol of success in the development of infrastructure. He also launched the Free Primary Education programme, boosting enrolment in schools and curbing high dropout rate due to lack of school fees

He was the fourth President of the Republic of Kenya. He was the first president under the new 2010 Constitution, overseeing devolution enabling him to set precedents and standards for future presidents. He advanced infrastructural developments such as constructing roads and railways as well as building and expanding airports and seaports.

Widely regarded as a revolutionary leader, he led the armed military struggle against the British colonial regime in Kenya

Prof. Wangari Maathai was a Kenyan Environmentalist and Human Rights Activist. She was the first African woman to receive the very prestigious Nobel Peace Prize of 2004. Maathai fought tirelessly, even against oppressive regime, to ensure a sustainable environment and better quality for women and the citizens of Kenya

As a writer, playwright, journalist and lecturer Ngugi wa Thiong’o has been widely regarded as East Africa’s most influential writer. Ngugi has published and wrote stories, plays and novels. His most famous novels are Weep Not Child (1964), The River Between (1965) the Grain of Wheat (1967) and Petals of Blood (1977)

He was Director of the National Museum of Kenya, Director of the Kenyan Wildlife Department, served as head of Kenya’s civil services and secretary of the Cabinet. Richard Leakey established Wildlife Direct to create a direct relationship between those at the front line of conservation and those who care about wildlife anywhere in the world.

Lupita is a Kenyan actress who won an Oscars Academy Award for her film debut in 12 Years a Slave (2013). She is the recipient of several accolades, including a Daytime Emmy Award, four NAACP Image Awards, and two Screen Actors Guild Awards. Additionally, she has been nominated for a Primetime Emmy Award and a Tony Award

He was a Kenyan trade unionist, educator, Pan-Africanist, author, independence activist, and statesman. He was one of the founding fathers of the Republic of Kenya.

Mohamed Amin was a Kenyan photojournalist known for delivering world exclusive images, and stories at the forefront of journalism in Africa.

She is a public health advocate, academician, and recipient of the first Hideyo Noguchi Africa Prize. She was nominated for the Nobel Peace Prize 2022 for her contribution in public health 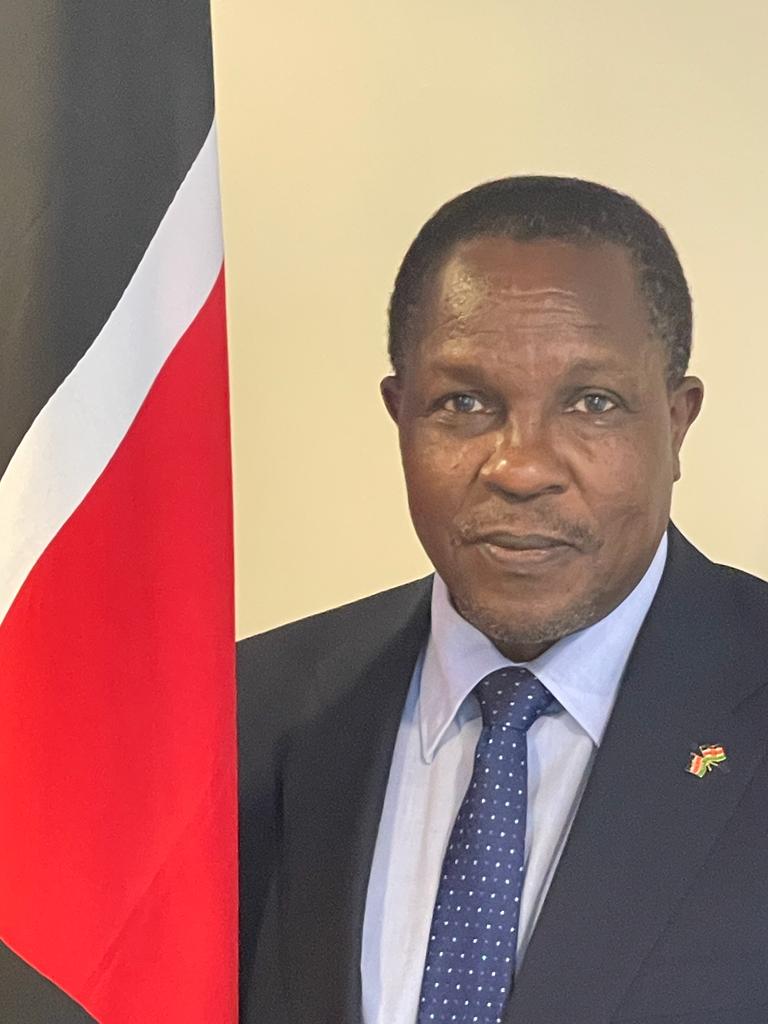